George Friedrich Händel (1685-1759)
From «Ode for the Birthday of Queen Anne», HWV 74, for soprano, trumpet and basso continuo
Eternal source of light divine

As a chamber musician Frits Damrow played in different groups like the Amsterdam Bach Soloists, the Netherlands Wind Ensemble, the Ebony Band, the Brass Quintet and Brass Ensemble of the Royal Concertgebouw Orchestra. Since 2009 he has been Professor of trumpet at the University of the Arts in Zürich, Switzerland (Zürcher Hochschule der Künste). www.zhdk.ch. He is a regular teacher and soloist at many summer courses and festivals, like the Hamamatsu Summer Wind Academy in Japan, Musica Verano in Mexico, the Italian Brass Week, Ionian Summer Academy in Greece, Cursu International de Musica in Spain, Blekinge Int. Brass Academy in Sweden, the Tbilisi Wind Festival, Sauerland Herbst in Germany , the Aurora Festival in Sweden, and the Affinis Festival in Japan. He also gave Masterclasses at institutions like North Western University in Chicago, the San Fransisco Conservatory, the Curtis Institute in Philadelphia, the Royal Conservatory in Brussels, the Hochschule für Musik in Freiburg, Colonge, Stuttgart, Münich and Trossingen, the Tchaikowsky Conservatory and Gnesin Academy in Moskou, the State Conservatory in Athens, Greece, Shobi University in Tokyo, the Kyoiku University in Osaka, the National University in Seoul and several Universities in China.

Born in Saronno, he was initiated to music at the age of six by his maternal grandfather, Maestro Lamberto Torrebruno, a member of an important family of musicians. He then perfected his studies in organ, composition and harpsichord with internationally renowned musicians. A versatile musician, he is in great demand and esteemed internationally: as a soloist on organ or harpsichord, he has performed in more than twenty countries around the world, performing in some of the most prestigious concert halls and cathedrals, from the Great Hall of the St. Petersburg Philharmonic to St. Patrick's Cathedral in New York. He is also active as a continuist and keyboard player in several important ensembles, including the Orchestra della Svizzera Italiana, working with conductors of the calibre of Alain Lombard, Vladimir Ashkenazy, Juraj Valčuha, Alexander Vedernikov, Heinz Holliger, Hubert Soudant, Howard Griffiths, Markus Poschner, Timothy Brock and many others. He has been accompanied by prestigious ensembles in the performance of concerts for organ and orchestra - from Haendel and Haydn to Hindemith and Poulenc - often also performing as conductor. He is the titular organist at the Church of S. Maria degli Angioli in Lugano (Switzerland) and responsible for sacred music for the six churches of the Pastoral Community of Saronno (Italy); he is also the founder and conductor of the 'San Bernardo' Vocal Group. He has recorded for RTSI, Bottega Discantica and Tactus. 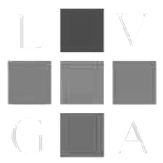