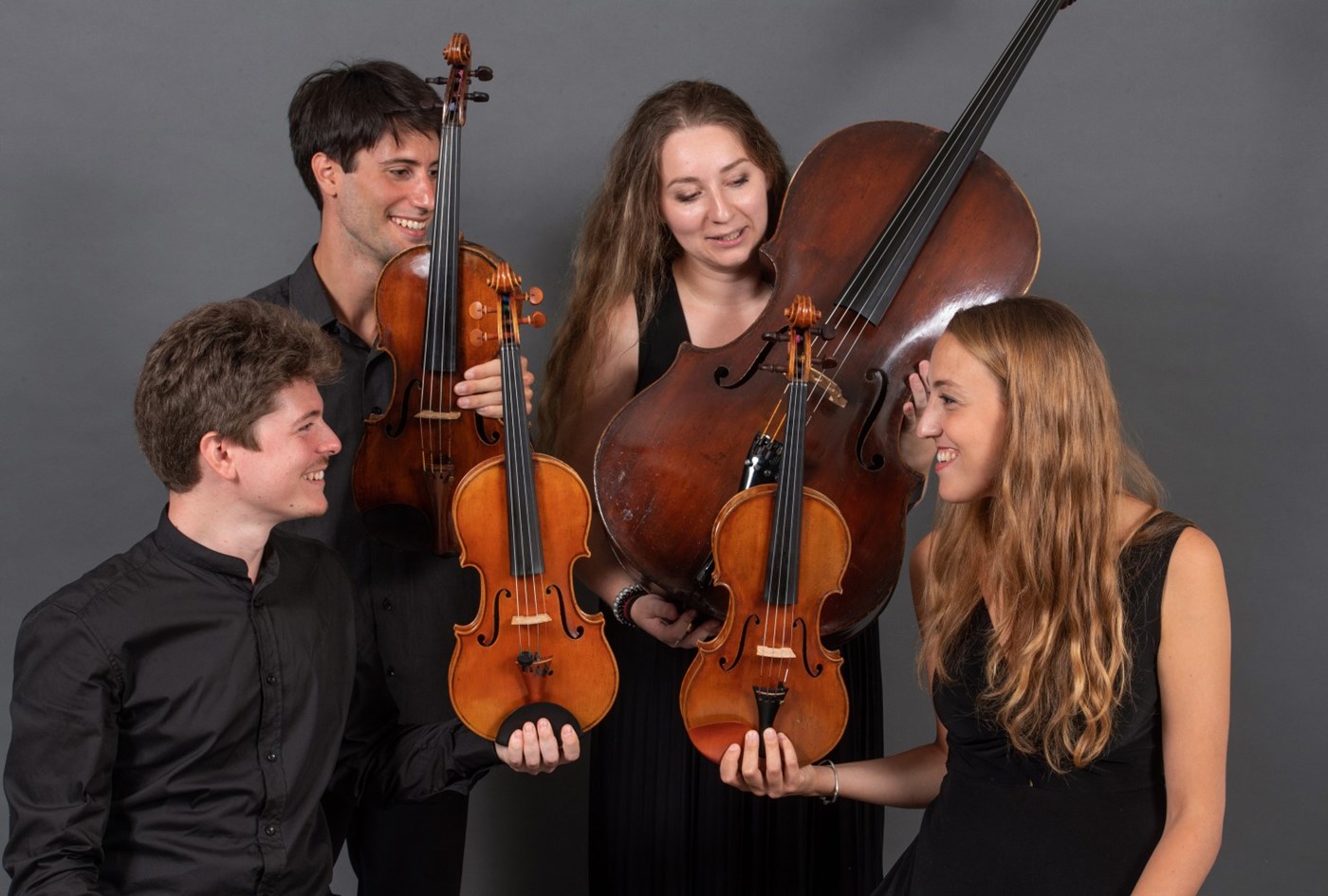 The Quartetto Eridàno was founded in 2016 at the Conservatorio Giuseppe Verdi in Turin under the guidance of Claudia Ravetto and Manuel Zigante and obtained its 2nd level academic diploma in chamber music in 2020 with top marks.

He perfected his skills with the Cremona Quartet at the Stauffer Academy in Cremona, with Adrian Pinzaru (Delian Quartet) at the Academy of Music in Pinerolo and with Antonello Farulli at the "Incontri col Maestro" Academy in Imola. He regularly attends courses at the Accademia Chigiana in Siena with Clive Greensmith (Tokyo Quartet) and in 2021 he was admitted to the International Chamber Music Campus organized by Jeunesse Musicale Deutschland and held by Cuarteto Casals, Günter Pichler and Heime Müller.

In 2019 he was selected to join the network of Le Dimore del Quartetto.

He has deepened his study of the repertoire with various teachers including Lukas Hagen, Christophe Giovaninetti, Simon Rowland Jones, Oliver Wille, Simonide Braconi, Simone Bernardini, Christa Butzberger and with the Quartetto Adorno.

In 2021 the quartet won the Musikstrasse prize at the Campus delle Arti competition and was one of the finalists in the "Pietro Marzani" String Quartet Competition in Rovereto. In 2019 he was selected by the Quartetto di Venezia for a Workshop on the Bártok and Malipiero quartets, for which he was awarded a scholarship by the Giorgio Cini Foundation in Venice. In 2016 he was awarded a prize at the European Music Competition.